How to Serve Quality Tea and Coffee in The Same Shop

How to Serve Quality Tea and Coffee in The Same Shop

Tea-drinkers deserve – and want! – a beverage that is every bit as good as the high-quality coffee being served in cafés, hotels, and restaurants around the world. What’s more, they’re willing to pay for it: the tea industry is predicted to grow by 5.7% year-on-year until 2025, with increasing demand for specialty offerings.

Yet serving a quality brew is about more than just good tea leaves. Every step of the tea-making process, from storage to water temperature, requires close attention. Precision brewing is equally as important as with coffee, if not more so.

Fortunately, it’s easy to move from serving great coffee to great tea. As Kasim Ali, Founder of the World Tea Brewer’s Cup and the Cardiff-based Waterloo Tea chain, says, “Much of the equipment that the coffee sector developed and/or adopted crossed over well into tea service. Very often a great coffee shop need only buy some teapots on the equipment side and they are ready to serve excellent teas also.”

However, there are some factors that will vary. Let’s take a look at them.

Baristas are used to monitoring water temperature for coffee. Water that’s too hot will over-extract the beverage’s delicious flavours, adding bitter notes to what should have been a delightful cup.

Many coffee shop owners use the same water source for all of their teas – and sometimes, they just use the hot-water tap on the espresso machine. This is an easy way to drown out the delicate aromas and flavours of a Chinese Pu’erh or Taiwanese oolong. A bitter truth to swallow? Yes, quite literally.

As such, it’s important that bar/café owners, hoteliers, and restaurateurs know the best temperature for the teas on the menu and then find an efficient water boiler system for them. Kasim tells us that the multi-temperature single boiler Marco Mix range was the “boiler of choice at the World Tea Brewers Cup in Dublin 2016”. He adds, “Delivering three temperatures from one unit, it allows a lower cost entry for those wanting to brew teas well.” 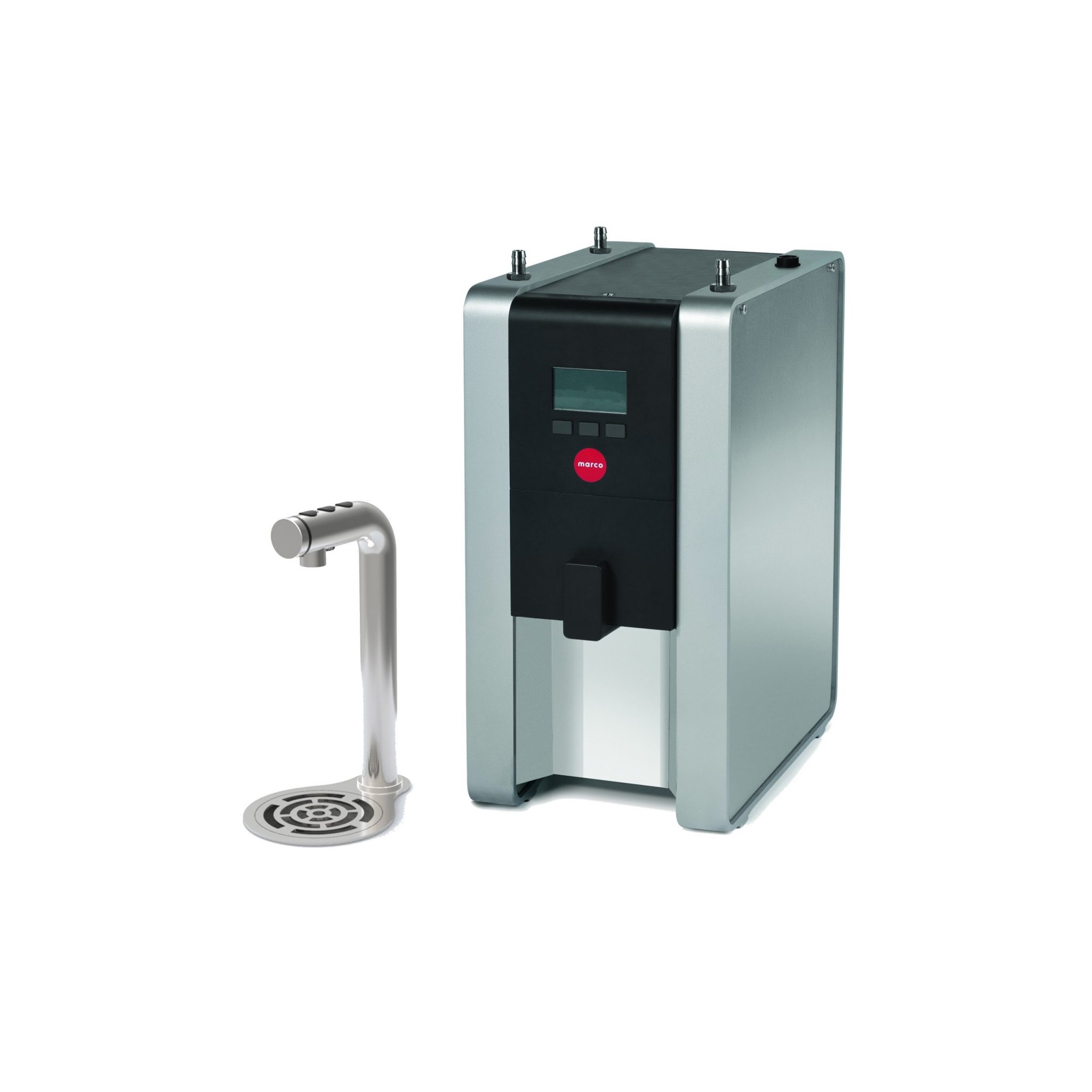 Water quality can have a dramatic impact on a beverage’s flavour (not to mention the longevity of the brewing equipment). However, just because a certain water chemistry is good for coffee, doesn’t make it good for tea.

Kasim explains, “One is acidic and the other is alkali. This has led to the thought that water with a specific pH would be suitable for extracting [them], an alkali being best for coffee and acidic water being better for tea.”

Along with water hardness, this can also have an impact on machinery; Kasim points to the potential build-up of calcium carbonate as one problem. A good filtration system, optimised to the drinks being served, will resolve this.

Many cafés separate their bar into two areas: espresso-based beverages and filter/manual brewing. This system can also work well for shops serving quality tea; they simply need to expand the brew bar a little to make room for leaves and pots. If it’s multi-temperature, the same water boiler can be used for both tea and pour over coffee.

Shop layout can affect customer service, too. While espresso-based drinks require baristas to turn their back on customers, tea-brewing (much like with filter coffee) is different. Kasim has installed Marco Eco under-counter boilers complete with an Uber font in all four of his shop locations. Its sleek, stylish design allows servers to continue talking to customers while also crafting their drinks. 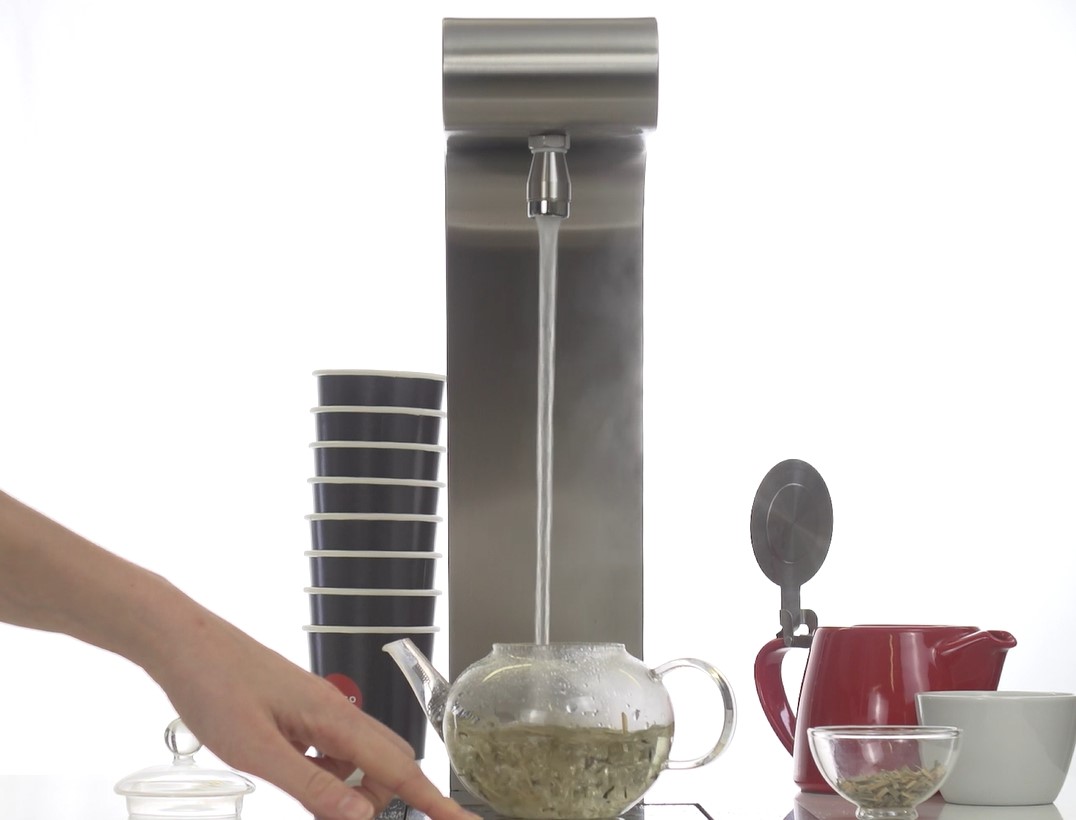 As Kasim says, “Tea has often been an afterthought for those wanting to open up specialty cafés. As with anything, if something is installed as an add-on, it will always remain as a peripheral. If fully space planned and costed, a good tea programme can add an extra string to the bow in an increasingly competitive sector.”

He argues that people in the food and beverages industry should “take as much care and attention to the brewing of tea as [they] would with coffee.”

And it’s an investment that can pay off.

Want More Info? Get In Touch

Share Post
Previous
The Art of Perfect Tea: with Canton Tea ...
Next
The Importance of Layout In Efficient Te...